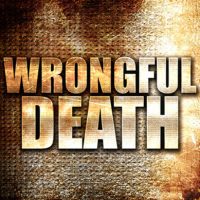 It’s always devastating when someone dies unexpectedly through someone else’s negligence. This is especially true when the victim is a child. Although the parents can file a wrongful death lawsuit and obtain compensation, this does not alleviate the emotional pain and grief that comes with the loss of a loved one.

A family is grieving the loss of their child, a 13-year-old boy who was killed during an attempted traffic stop in Boynton Beach. The family plans to file a wrongful death lawsuit, but one has not been filed as of yet. That’s because Florida law requires attorneys to first give written notice to a municipality. They must then wait six months before taking legal action. However, it’s possible that Boynton Beach will settle with the boy’s parents before the lawsuit is filed.

The boy was killed on December 26, when his dirt bike crashed. He was being pursued by a Boynton Beach police officer at the time. Officers tried to pull over the teen after he was seen

driving recklessly on Boynton Beach Boulevard. However, the boy did not stop. The boy lost control and crashed the dirt bike in the 800 block of North Federal Highway. The teen died from his injuries.

The boy received the dirt bike as a Christmas gift the day before his death. The boy’s unexpected death has shattered his family and the community, who consider it “an absolute nightmare.” The boy’s family has hired a lawyer, who claims that there is evidence that shows that the police officer violated policies. He says that the police cruiser’s dashcam should be reviewed.

Under Florida law, a dirt bike is considered an “off-highway vehicle.” Those operating these types of vehicles must be at least 16 years old. But while the boy may have violated the law, riding a dirt bike on a city street is a civil violation only, not a criminal one.

The Boynton Beach Police Department will not say whether or not the police officer involved took illegal actions when pursuing the boy. All they would say is that the department is performing a thorough and comprehensive investigation into the crash. Florida Highway Patrol is also investigating the boy’s death. The police department cannot release the officer’s name due to Marsy’s Law, a state law that allows every victim the right to freedom from harassment, intimidation, and abuse.

When a person dies through someone else’s negligence, it can be heartbreaking. The only good news about this type of tragedy is that if it can be proven that someone else caused the person’s death, the surviving family members can receive compensation for medical bills, funeral expenses, mental anguish, pain and suffering, and other damages.

Let the Bradenton wrongful death lawyer at the Cahall Law Firm help you with your wrongful death case. We’ll ensure that the responsible parties are held accountable so you can get justice during this difficult time. To schedule a free consultation, fill out the online form or call (941) 281-2019.