Ringling College Sued By Student For Breach Of Contract 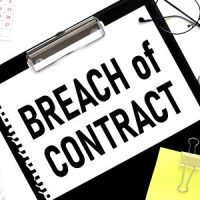 Going to a college is a huge deal. Young adults venture out of the home and go wherever their studies take them. Many stay in the same state, while others may venture to a nearby state or even across the country.

This was what some students at Ringling College of Art and Design in Florida recently did. Eight students are working with a lawyer to file a lawsuit against the Sarasota private school. The alumni claim that the school failed to provide a safe campus environment and are suing for multiple charges, including constructive fraud, breach of implied contract, breach of fiduciary duty, and negligent supervision and retention.

The 207-page lawsuit was filed on June 21 in Sarasota County. The eight plaintiffs are seeking a jury trial as well as more than $100,000 from Ringling College of Art and Design. The lawsuit has not yet been made public.

According to the lawsuit, Ringling College breached its duty by failing to provide a safe campus environment, in particular, the college mishandled of student-on-student reports of threats of violence and stalking, sexual assault, and sexual harassment.

In the lawsuit, the alumni also claim discrimination. They allege that the college failed to protect students from discrimination after being discriminated against by the former associate dean of students in resident life based on protected classes, such as race, gender, race, disability, and sexual orientation.

In fact, one plaintiff was sued by the former dean in August 2020 for defamation. The student had publicly voiced her concerns about the alleged cover-up of student misconduct and discrimination at the college. The dean is still suing the student after posting a tweet two years ago. The student has since filed a counterclaim against the former dean and has also filed a lawsuit against Ringling College.

Three plaintiffs are also claiming sexual assault. After being assaulted on the college campus, administration mishandled the reports and even tried to cover up the complaints. According to the lawsuit, there has been a pattern of the college silencing students and covering up reports of misconduct since 2008.

When someone makes a promise, especially in contract form, you expect that they will uphold it. When they don’t, you can be affected financially and emotionally. The alumni in this case have suffered mental health issues due to the college’s actions.

A Bradenton breach of contract lawyer from Cahall Law Firm can help you understand the legal options available to you. The elements of a contract and the penalties for a breach are clearly laid out under Florida law. Schedule a free consultation by filling out the online form or calling (941) 281-2019.

More on Breach Of Contract Dispute