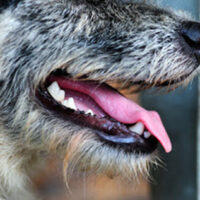 When you think of dog bites, you may think of dogs attacking humans. While this is often the case, dog attacks can also involve other dogs. This was recently the case in Florida.

The incident happened in Jacksonville near Wren Road and Leafy Lane. An 18-year-old man was walking his dog when it was attacked by a larger dog. Witnesses screamed as they saw the larger dog attacking Chewie, who is 7 years old. Luckily, the man was able to get the dog off Chewie.

While the man was not attacked by the dog, he was dragged across the ground. He suffered road rash to his arms and legs. Chewie, on the other hand, was seriously injured and required emergency care.

Police were called to the home of the dog owner, but nobody answered the door. This was not the first time this had happened. Chewie was bitten by the same dog earlier this year. The man’s mother was walking the dog at that time.

Florida is a strict liability state when it comes to dog attacks, which means that the dog’s owner is liable for any damages, whether the dog attacks a human, dog, or other animal. If the victim was partially responsible, then the dog’s owner won’t be at fault for the victim’s portion of liability.

A dog can be declared a dangerous animal if it is found to have bitten, attacked, injured, or killed a human or animal. A hearing will be held usually within three weeks and it may be determined that the dog is returned to the owner or euthanized.

When Your Dog is Attacked

Here are the steps to take when your dog is attacked:

Dog attacks aren’t limited to human victims. Other dogs can be attacked. So can cats and other small animals.

If you or a pet was injured in a dog attack, seek legal help from the Bradenton dog bite lawyer at Cahall Law Firm. We can hold the owner liable for your injuries and help you obtain compensation. Come get justice. Schedule a free consultation by filling out the online form or calling (941) 281-2019.

By Cahall Law Firm | Posted on September 28, 2021
« What Is Defamation?
Olympus Pools Files Breach Of Lawsuit Against Clients »