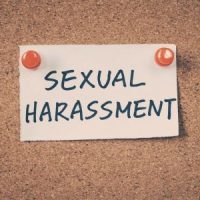 The #MeToo movement gained traction in 2017 after actress Alyssa Milano encouraged use of the phrase as a hashtag on social media to spread awareness about the ubiquity of sexual harassment and assault. After this, millions of people started using the phrase. This movement has been beneficial and has even led to new laws.

One of these laws is H.R. 4445, also known as the Ending Forced Arbitration of Sexual Assault and Sexual Harassment Act of 2021. It was passed on February 7 by the U.S. House of Representatives and February 10 by the U.S. Senate. It would amend the Federal Arbitration Act (FAA), which would allow employees to avoid pre-suit arbitration for sexual harassment or assault claims. President Biden is expected to sign the bill into law, which will have significant implications for employers. In fact, White House officials are confident that the bill could be a model for removing the requirement of forced arbitration for other claims, such as those regarding wage theft and unfair labor practices.

What does this mean for sexual harassment victims? If an employee signs an agreement to arbitrate sexual harassment and they later experience sexual assault or harassment, the employee does not have to abide by that agreement. Instead, the employee can bypass the agreement and pursue his/her claims in court. Another change is that the law allows victims to pursue claims as an individual if they wish to do so. This means they do not necessarily have to file a sexual harassment claim as a member of a class action, but in any case, they do not have to abide by the original agreement they signed for their employer. The decision is ultimately theirs.

The bill, if passed, would also require courts instead of arbitrators to determine whether H.R. 4445 applies to a given claim. The bill would not apply retroactively and is only valid for any claim that arises after the bill is enacted. However, the bill can invalidate pre-dispute agreements that employees have entered before the bill is enacted.

What Does the Bill Cover?

The bill would cover all sexual assault or harassment claims that arise under local, state, or federal law. Sexual assault refers to a nonconsensual sexual act or sexual contact, while sexual harassment is defined as unwelcome conduct that is based on sex and creates a hostile and abusive work environment.

Any type of harassment or assault, whether it be sexual or not, can cause a variety of long-term effects for victims. The passage of this bill can help expand a victim’s legal options so they can choose the path they desire.

A Bradenton assault lawyer from The Cahall Law Firm can help you seek justice and closure so you can move on. We have experience in both negligence and intentional torts and can pursue civil actions on behalf of victims. To schedule a free consultation, fill out the online form or call (941) 281-2019.